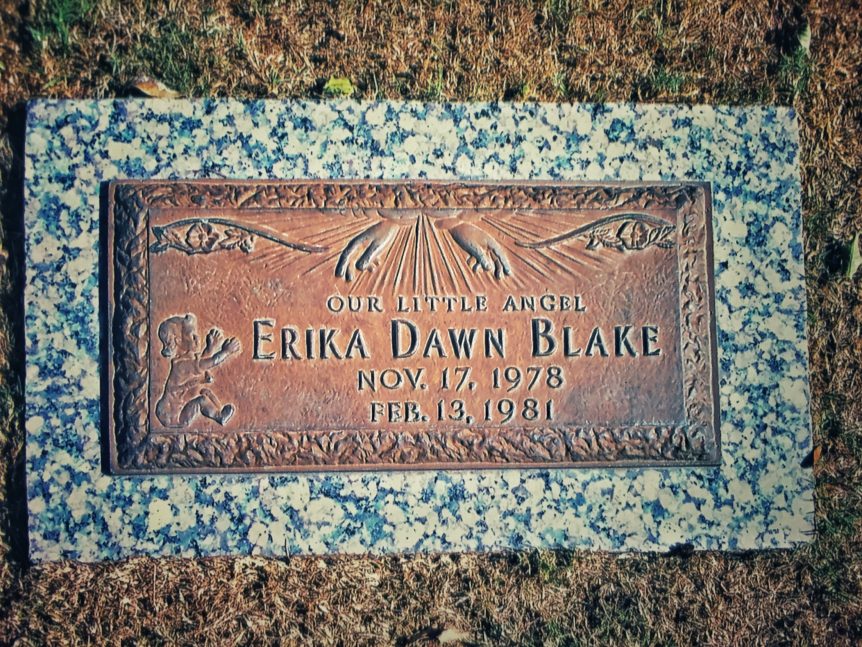 I vividly remember the cold, biting winter wind that was blowing as the small white casket bearing my daughter’s body, was lowered into the frozen earth. If you’ve never buried a child there is nothing I can say that will give you even a slight understanding of the utter helplessness, confusion, despair and anguish that accompanies the loss of a child. My wife and I had done everything that we were told to do, both natural (by doctors) and spiritual (by preachers). Nothing worked. The doctor that had told us to keep her home and not take her to the hospital, was home with his children while I was burying mine. The preachers that had told us how to follow certain spiritual principles, were unreachable when I tried to call them after she died. Everyone thought we would turn our backs on God because “He had failed us”. Thank God, we knew enough of the Bible to know that her death wasn’t God’s fault. When people told us that God “needed another flower in His garden in Heaven”, we had already received enough good teaching from the Bible to know that what they said wasn’t true. As I stood there, holding my wife’s hand, I saw in her face an emptiness that I felt myself. We just didn’t know what else to do. We had done everything we were told. It wasn’t supposed to end like this. After the funeral, as the family and friends tried to console us, I have to admit that I don’t remember even hearing their words. I knew that the answers were in the Bible, I just didn’t know how to find them. But I also knew that I would not stop searching until I did. If I had seemed obsessed about healing before, now my drive to find the truth about healing went into overdrive. I started buying every book I could find. I listened to everything I could find about healing.

Then I started hearing the name John G. Lake over and over. It seemed like everywhere I turned, someone was talking about him or I would see his name written in a book and it was always connected to healing miracles. I decided I would find this man and ask him the questions I had. Then I found out that he had died  50 years earlier. Again I was dejected, but then I realized that if he was still being talked about, he must have known something worth knowing. I began reading everything I could find about him. Eventually I found the name of his daughter and her husband and I made contact with them. This contact led to the results that are now being seen worldwide by believers that have begun practicing what is known as the Divine Healing Technician Training.

Heal the sick, cleanse the lepers, raise the dead, cast out devils: freely ye have received, freely give. KJV

The Divine Healing Technician Training Seminars (aka: the DHT) that I have taught around the world is commonly referred to as the most revolutionary AND the most Biblically accurate teaching concerning divine healing in existence today. Many well known street healing ministers were either launched by studying the DHT or they started receiving much greater results after having completed the DHT training. What most people don’t realize is that the DHT is not about healing as much as it is about getting Christians to believe the Word of God exactly as it is written (in the original Greek manuscripts) and about getting Christians to become obedient in doing what the Word of God says.

Healing is simply one of the most visible (and easily accomplished) signs that were promised to follow believers. The same principles that we apply in the area of healing can also be applied in the areas of prophecy and even finances.

Over 35 years ago I began studying healing. I questioned everything I had ever learned about healing. I started asking questions that made my spiritual leaders nervous. When I would bring things up that didn’t match the currently popular theology, I was ignored or ostracized. But I wasn’t deterred. I started reading everything I could find by “the old guys”. People like: F.F. Bosworth, John G. Lake, Carrie Judd Montgomery, Aimee Semple McPherson, and many others. What I found was that the church had moved away from what the Bible said so that they could distance themselves from the blame of failure. They started bringing in excuses for their failures. They started blaming the failure on “hidden sin”, or the lack of faith in the sick person. These were things that Jesus never did.

As I began comparing everything that the popular preachers of today were saying alongside what the Bible says, I found many of the answers that are now becoming well known through the DHT. Many who read this will know that the catalyst for my research was the death of my first daughter. When I stood at her grave as we buried her on Feb. 14, 1981, I made a vow to God that if He would teach me the truth about divine healing, I would share what I learned with as many people as I could. That vow brought me into contact with John G. Lake’s daughter, Gertrude, and her husband, Wilford. Over the next 7 years, I communicated with them on a weekly basis, asking questions and then spending the week checking their answers with the Bible. Eventually they both passed away, but not before passing the ministry to me because of a prophecy that John Lake gave the year before he passed away.

As soon as they passed the ministry to me they began sending boxes of material to me. These boxes contained the names of people that had been associated with Dr. Lake. Some were church members, some were other relatives of his. Some were even the relatives of the Divine Healing Technicians that had served with Dr. Lake in the famous Healing Rooms Lake founded in Spokane and Portland. I began communicating with every one that I could reach, eventually finding one lady in a senior care facility in Houston, TX. She had been the wife of the son of a Divine Healing Technician. After a few days of interviewing her, she explained that all I needed was a DHT manual, and that she had one. A couple of years later I received the manual from her family after she died.

As I began pouring over the manual I saw that everything I had initially learned was the opposite of the truth. I immediately began changing how I ministered to the sick, and I immediately saw a dramatic increase in healings. As I adapted my methods more to align with Lake’s manual, I saw that I was actually aligning my practices and my mindset with that of the Bible. Soon, I was seeing every person healed. For nine months, every person that came to my home was healed. It didn’t matter what illness or disease they had. It didn’t matter how they had contracted their illness. All were healed.

Since you are reading this, you likely have a desire to see the sick healed. In the future articles that I will include in this newsletter, I will share with you the details, the “secrets”, and the necessary information that you need to become an effective minister of the healing power of God. I will answer questions that you send in to me. My mission is to get this information to every person that desires to receive it. I am using every available means to get this information out. Recently, I have even started using television to get this to the masses. As of now, we are reaching over 200,000,000 people in Africa and Europe each day via our daily (Mon-Fri) TV program called, “Dominion Life Now!” broadcast on Faith TV network and we have just received word that the number has grown to include over 700,000 new homes in the U.S.

Please consider becoming a partner with us in training a new generation in the power of God. Since this is the official 1st newsletter, be sure to tell your friends and family to sign up for it so they can be in on the ground floor of this life-changing teaching.