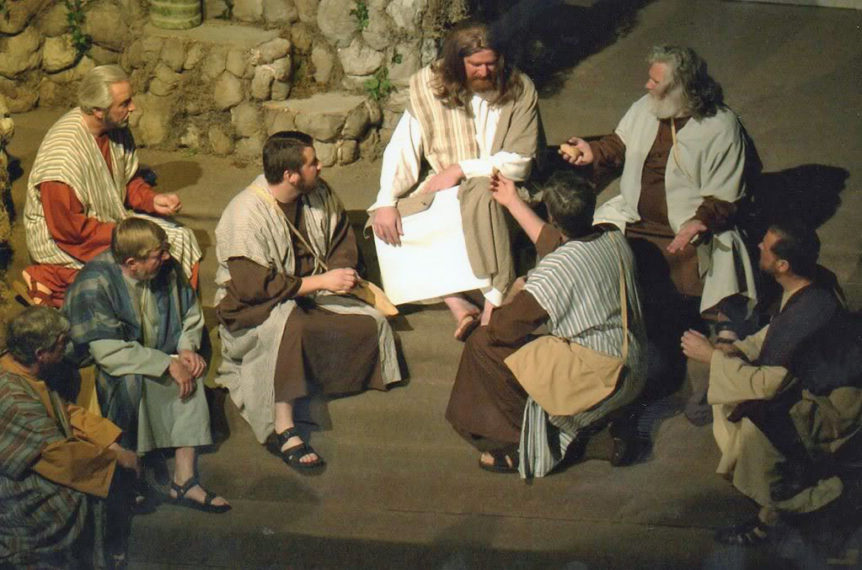 To many, discipleship is a mystery. This is a real shame because discipleship should be known and practiced by everyone that calls themselves “Christians”. The “church” has done everything except what Jesus commanded.

Jesus’ last command to His disciples was that they should go make disciples also.

The part that many miss in Matt 28 and Mark 16 is that the original disciples were to make disciples by teaching their converts to do everything Jesus had commanded them to do and that it was supposed to be continued as a permanent practice. If the church had followed Jesus’ directions, His practices would have been passed down through every generation right up until today.

Because somewhere in the following centuries, the church stopped obeying Jesus, there became an established misunderstanding.

At some point, the church started talking people into making decisions for Christ rather than becoming disciples of Christ.

Because the church began separating Christians into castes, the people began looking at those that lived austere lives in a monastery as disciples while everyone else were simply Christians or “believers”.

Many think that being a disciple is a higher call than that of being a Christian.

The reason for this belief is because people want to be “saved” (which in their mind means to “miss hell” and go to heaven when they die) and yet do not want to change their life or their lifestyle.

A lot of the misunderstanding is because people do not understand what salvation is.

Salvation is NOT God simply removing the stain of sin. Neither is it God simply deciding what is sin and what is not and then telling people to avoid what He has deemed to be sin.

There are actions that are called sin and there is the principle of sin in man.

A natural man’s spirit is dead because of sin. That is the principle of sin. Because of the natural man’s nature (which is sinful) natural man’ normal inclination is toward sinful actions. (Please be aware that this is a greatly simplified explanation due to limited space.)

This is the basic difference between a “saved” person and an “unsaved” person. A “saved” person has received a new spirit and a new “heart”. What this means is that a saved person no longer desires to sin. This does not mean that they cannot be tempted or led away into sin. It simply means that they no longer desire to sin and if and when they do sin, they are convicted by the Holy Spirit. (Notice they are convicted not condemned).

The word for convicted in the greek New Testament simply means “reproved”. When some read the word convicted, they think it means to be condemned as “guilty”.

The problem is that people read an English word and put the definition to it that they are familiar with rather than looking the word up in a greek N.T. dictionary.

This brings us to the fundamental problem:

There are many in the “church” today that are not born again and do not have the Spirit of God dwelling within them. Many are simply un-born-again sinners that have been convicted of sin by the Holy Ghost and instead of coming to Christ in the only way that brings salvation, they come to Christ on their own terms and often under the illusion that they are simply to receive the forgiveness He provides for those that turn (repent) from sin and begin walking in His footsteps. Hence the command to “follow me” that Jesus made.

A simple analogy that may help is this:

Sins are like landmines. If you step on them, you die.

God has told us how to avoid them. Get a new nature. And God has actually provided the necessary new nature for us through our union with Christ.

God did not simply decide on a set of sins. He defined for us what are “sins” and told us to avoid them. God did not look at what humans like and decide to call them “sins”.

He knew that fallen mankind was distant from Him because of their sinful nature and pointed out the fact that fallen man likes to do the things that will lead to death.

Because a natural (unsaved) person cannot live up to God’s righteous demands, natural man, not wanting to admit that he is unsaved, will lower the bar of God’s standard. This is what has happened in much of the modern “hyper-grace movement”.

(I will speak on this more at a later time.)

God did not save man by eliminating sin. He saved man by putting His Spirit AND nature into every man that has fulfilled the minimum requirements necessary for salvation.

(Now back to the original purpose of this article.)

Every person that truly wants to be rid of sin and wants to live in God’s righteousness, will turn to Christ and receive the new heart and nature of God through receiving His Spirit and become a Christ follower also known as a disciple of Christ, knowing that to walk in the footsteps of Jesus is the only way to miss the “landmines of sin”.

If and when a disciple steps on a sin landmine, the Spirit of God reveals it to them and because their heart is toward God and His holiness, they will repent (agree with what God has said concerning their action and turn away, resulting in a change of behavior).

A disciple of Christ is someone that desires to draw closer to Christ and His ways.

In the next newsletter article we will look at some of the practices and disciplines of a disciple.