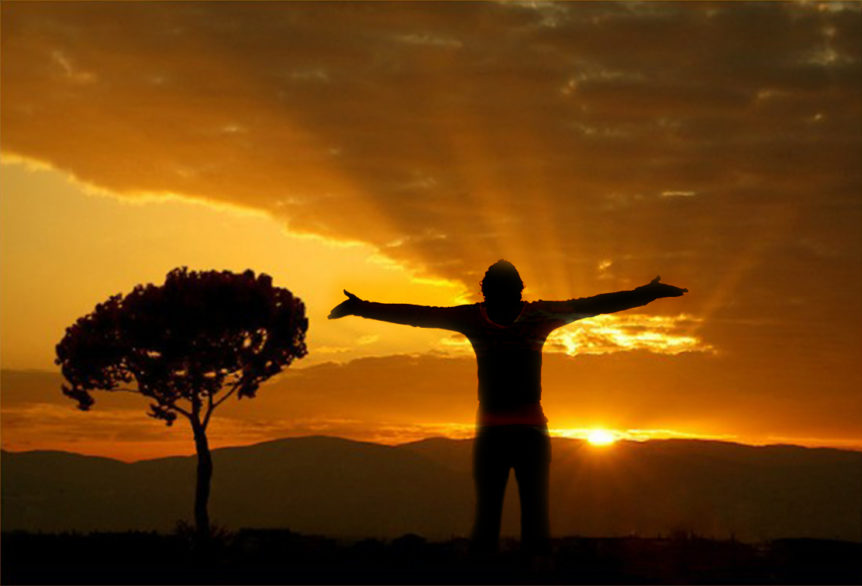 23 And be renewed in the spirit of your mind;

24 And that ye put on the new man, which after God is created in righteousness and true holiness. KJV

And have put on the new man, which is renewed in knowledge after the image of him that created him: KJV

Almost a decade ago, as I was on my way to teach a Divine Healing Technician (DHT) Training Seminar in the Pacific Northwestern United States, I was asking God why the “DHT” worked so well and so easily. His reply was both startling and enlightening. He said it was because I had removed the wrong things I had believed and replaced them with right things. He showed me that it is the “New Man” that actually allows the DHT to work so well. The more our minds are renewed to what the bible says about who Christ is in us and who we are in Him, the better the power of God flows.

The “New Man” is what the Apostle Paul actually taught his entire ministry. When Jesus told His disciples that He had many things to share with them but that they couldn’t receive it at that time, He was referring to the truths that He later revealed to Paul. The heart of Paul’s revelation was: Christ in you, the hope of glory! The apostle Paul spent the rest of his life sharing this truth with believers. Every epistle Paul wrote included these truths. No one has ever focused on renewing their mind to the “New Man” truths to the degree that it should be done.

The church has been trying to produce “little Jesus’” for 2000 years and has largely failed to do so. The reason for the failure is because they have tried to mold people into Christ from the outside, rather than revealing to believers who they already are on the inside. Change comes when we acknowledging that what is in us is the truth and how we act on the outside will be changed once we acknowledge who we truly are and start acting accordingly. So far, the “church” has been satisfied with using faith and the truth of who we are to better our physical surroundings and circumstances, rather than truly plumbing the depths of what God has done in us through the death, burial and resurrection of Jesus Christ. When the Body of Christ wakes up to who they truly are, we will begin seeing true believers walking like Christ.

I’m not talking about videos of street healing (even though they have helped people to see the reality of power). I’m talking about believers becoming true disciples of Jesus Christ and embodying every aspect of His character and nature. I am talking about disciples that will be living for God and others rather than just for themselves. Disciples that will be changing circumstances in nations and eliminating sickness and disease, ending droughts and famines. When believers become disciples and start living out the truths of the “New Man”, we will see even greater clashes between good and evil. As disciples begin demonstrating the beauty of holiness and righteousness, the darkness will hate them even more and persecution will increase, but so will miracles.

All of this begins by believers deciding to become disciples that will actually stand firm in their convictions of who they are and who they are called to be. As I travel around the world and teach believers the Divine Healing Technician Training and the New Man Revelation, I am pleased to see the reactions of the students and to hear how these teachings revolutionize their lives.

The “New Man Revelation” is the most revolutionary teaching I have ever heard and I am so pleased to have been given the privilege of teaching it to the thousands that have attended my seminars. One of the greatest joys a minister can receive is to see his teachings being practiced by those that listen to him and to see the change those teachings make in people’s lives. As I often say,” It’s good to have a gospel that works, not one you have to make excuses for.” The “New Man” is the gospel in action in the life of a believer.

In the future editions of this newsletter, I will clearly and concisely detail the truths that will cause you to walk as He walked. I will answer your questions and give you actual lessons that will include action plans that you can follow. These lessons will help you step by step to enter into all that God has for you.

I will be updating these newsletters as often as possible. I expect them to be in a weekly format but there may be times when they will be sent out monthly due to my travel schedule and the time constraints that come with discipling. I expect these to be lessons that you can use to help disciple others. I will be guiding you through the entire teaching of the “New Man”.

We are making these newsletters available for free to everyone, but we would greatly appreciate it if you would seriously pray about becoming a partner with us. Since this is the official 1st newsletter, be sure to tell your friends and family to sign up for it so they can be in on the ground floor of this life-changing teaching.